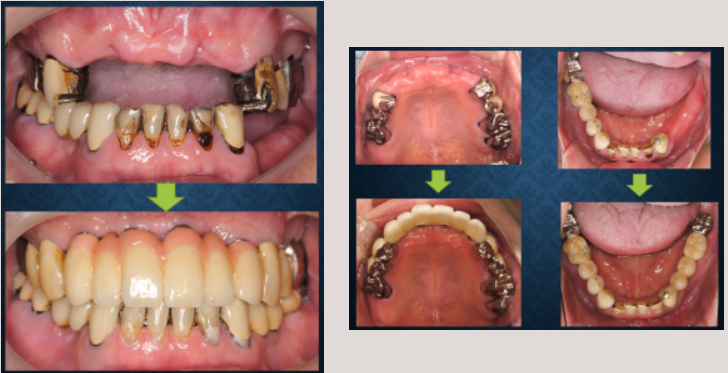 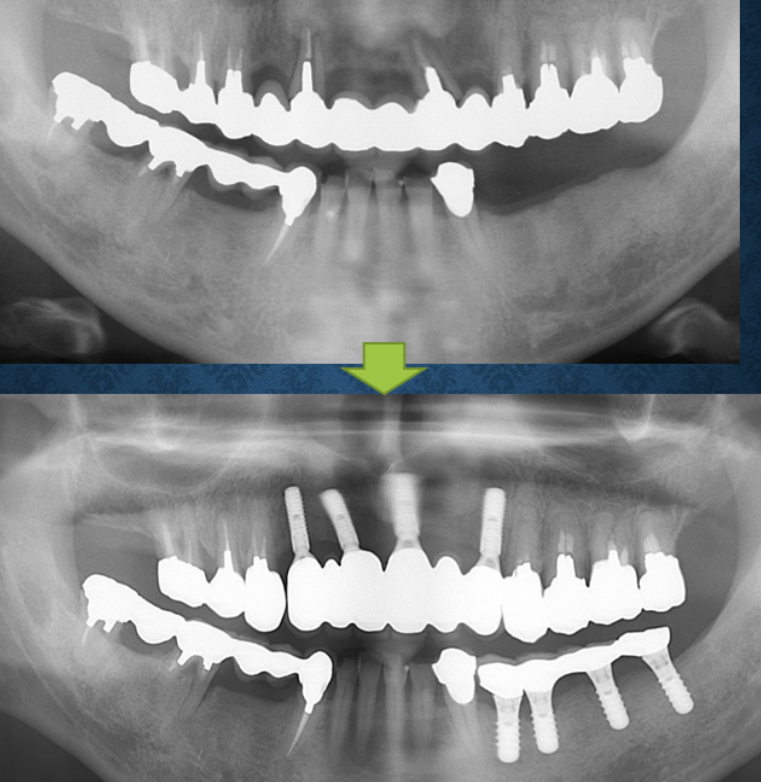 People all over the world except for some politicians and
bureaucrats are in predicament. We are surrounded by the virus hoax. When will
the state of emergency in Tokyo end? I’m getting cabin fever because of hunkering down. Will I forgo a pay for a while until then?
100,000 yen bounty for one person from the government is a drop in the bucket for almost people,
though it’s better than nothing.
I am despondent over the order I should not carry out dental implant
surgery in the current situation. She (my patient) missed her upper 6 front
teeth because of a traffic accident! For her, it is really the state of
emergency, losing esthetics. No brainer.
However, I admonish myself, saying in my mind, sort of incantation, “Pull
yourself together when the chips are down. Don’t be despondent over hardship. Your
focal point is analyzing past and present about your business, preparing for
the future, in order to mitigate obnoxious antsy feeling. Do not be tipsy. Don’t
waste your time, money, and opportunities.”

There is no cure for corvid19. You just have to let run its course, which makes us antsy. If I don’t get out of this situation, I’ll go stir crazy. After this ceases, I should be raring to go.
2 weeks ago, the government declared the state of emergency in Tokyo. This morning, a patient, for whom I have been treating gum disease,
came to my clinic.  I carried out tissue regeneration surgery for her 5 months ago. The
surgery needs a substance called “Emdogain” which was developed in Scandinavian countries for
recovering lost tissues around a tooth. It is applied on the root surface of
the tooth. After the surgery, it is required strict plaque control.
I was worried about the level of her plaque control becomes worse, while she
doesn’t come to our clinic for fear of the corvid 19 turmoil. Fortunately, I found out her plaque control was better than I thought, so healing condition was good. Today’s X-ray shows recovery of lost bone, meaning successful regeneration
of bones between the premolar teeth, though it’s only 5 months after the surgery (In order to get full recovery, they say it takes 6-12 months). X-ray is
just a 2-D image, so I am going to check 3-D structure by CT scan a while
later. When I learned and started tissue regeneration therapy 9 years ago, in each time, I checked if new bone generation was achieved by another open flap surgery 1 year after the operation, meaning directly watched new tissues.
Recently, considering the reopening flap surgery gives some discomfort to the patients,
I check the results only by CT.
In this case, the patient had missing molar
teeth which caused excessive load to the existing neighboring premolars. The major reason of
lost supporting bone is infection by plaque. In addition to this, the increased
loading may cause the phenomenon. For missing molars, I carried out implants
treatment. The premolars, to which I performed tissue regeneration surgery, are
covered by plastic temporary crowns now. Fundamental rule is final crows should be
applied at least 6 months after the surgery, so I am waiting for the time.
It may be a trivial successful experience,
though I can’t say it is complete success yet, I felt excited and a sense of
fulfillment, because my character may be simple. However, I may forget it
tomorrow and will pursue another success.
In this case, I performed minor orthodontic
treatment, which was intrusion of an upper molar using mini-implants to create
space for lower molars’ implants (2 pieces), the opposite side in mandible (2
pieces of implant), an upper front tooth implant, and tissue regeneration
surgery in other 2 parts. The treatments which still are not carried out are final
crowns and micro tissue regeneration surgery in 2 other parts, which requires microscope, micro scalpels and delicate skill. The process to the goal is enjoyable, however, it
will be delayed because of corvid-19 turmoil.

Recently, I had a patient who had trouble with dental implants which his former dentist had embedded. At first, I rejected to treat him. Because, the implants were different from ones which our clinic dealt with. I use implants produced by Straumman co. which has been used worldwide. I did not know the product maker of the patients’ implants through the appearance and X ray images of them. It is said that there are over 50 implant makers in the world. Some new companies aim niche in the market, struggling to keep up with the technology of the companies already having big share. Sometimes, some companies’ implants have kinks though they say their product are fool proof. I wanted to pull out the patient’s implants with counter clockwise strength, because they were poorly positioned. Of course, considering patient’s agony, I can’t carry out it. He asked me to treat many times, and finally, I gave in. Now, I am enjoying the process of reconstruction of his occlusion. 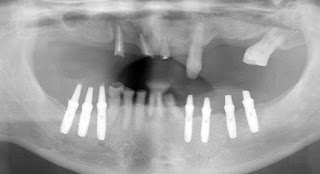 Kokura is a smaller than Hakata (the capital
city of Fukuoka) but growing town in Fukuoka prefecture Kyushu Japan. Since
last September, I have attended a dental seminar held in Kokura, every second
weekend in each month. Last week, before going there from Tokyo, a dental hygienist turned to
me, “Doctor? Please buy souvenir for our staff”. She is
called as a sweets commentator in my office. She gave me a list of sweets made in
Kokura. It seems that she researched all day long on the Internet. Considering expiring date of the sweets, I chose Pontsuku (photo) which an old
established store has made. It is a sponge cake including custard cream. There
are other versions of cream, such as powdered green tea, chocolate, and
strawberry. It was amazing, fluffy, fabulous and yummy. All our staff turned cartwheels. When you have a chance to visit Kokura, try
Pontsuku, the awesome sweets! 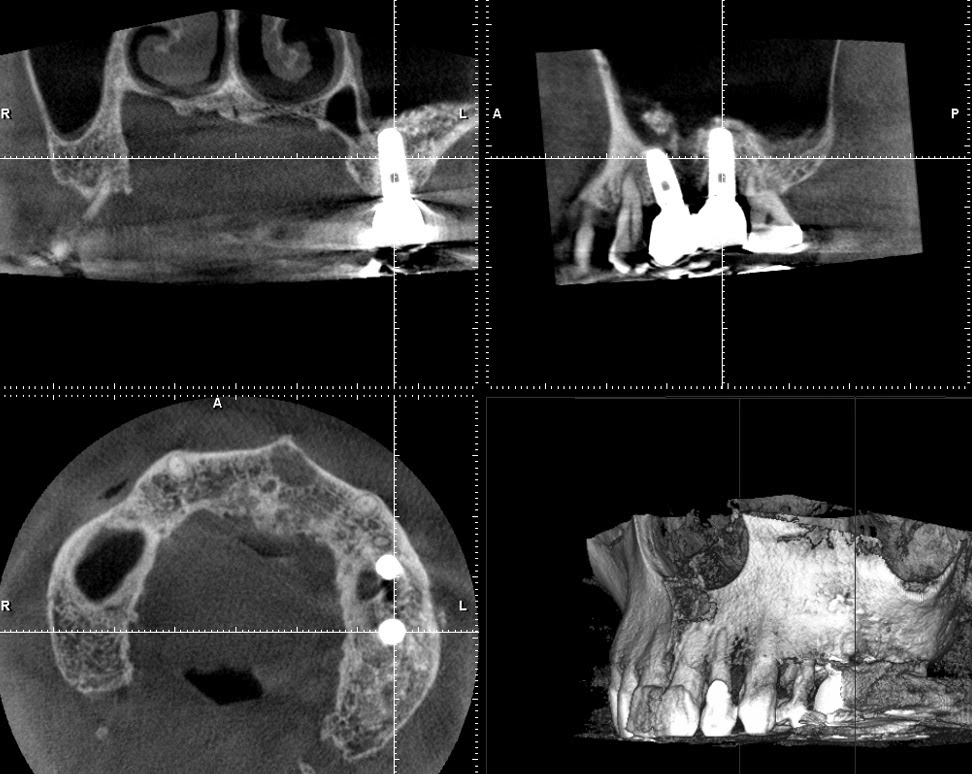 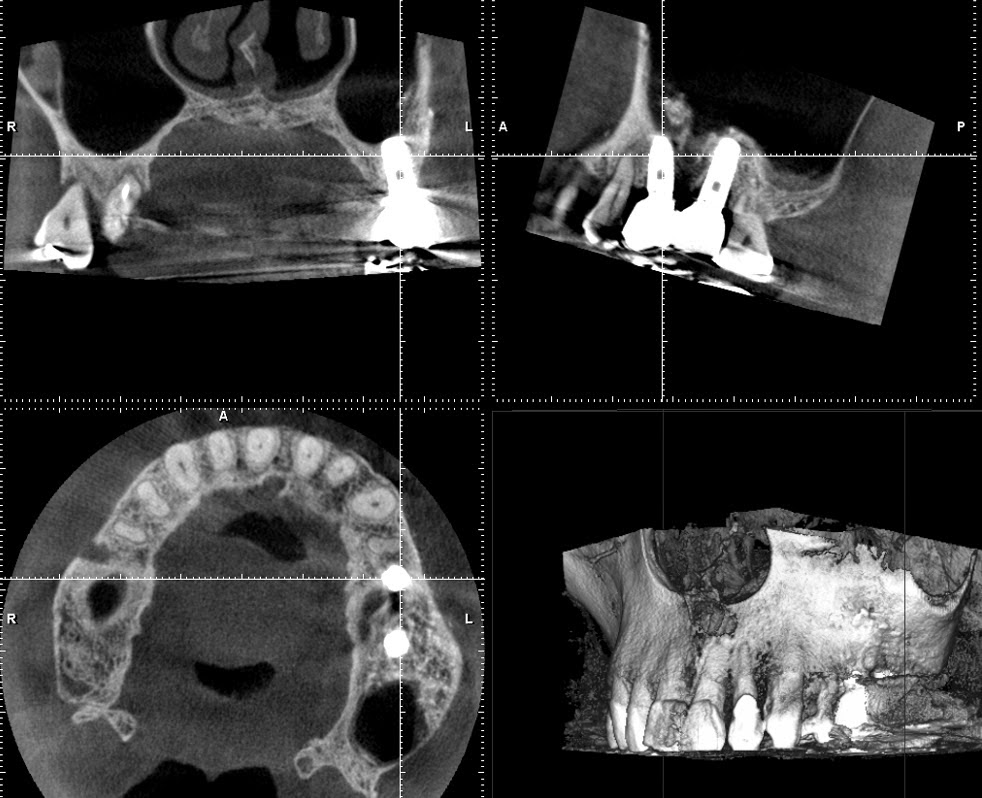 I sometimes encounter patients who don’t have enough bone in upper molar teeth missing area for placing dental implants. I learned skills of sinus floor augmentation, surgery of growing new bone in sinus for upcoming dental implants surgery, at University of Michigan in 2002. The reason for going abroad was that I could practice the skills using cadavers in US, which has been prohibited in Japan. Since then, I have overcome the difficulties in placing implants in upper molar. This is one of such cases, CT scan images after 10 years showing stable condition. The more I learn, the more I can contribute. 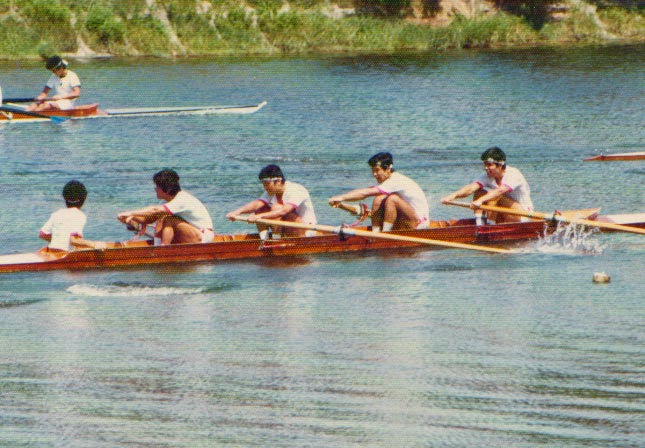 Dr. Kasugai, who is a professor of the dental implant section of Tokyo Medical and Dental University, invited my clinic’s doctors to “Kanpachi”,one of famous sushi restaurants in Tokyo (Dinner time;15,000yen~). Many Japanese like to eat sea urchin, but I don’t.  Nevertheless, I could eat one with pleasure here for the first time in my life. Other kinds of sushi and sake are all the best. The master, Mr. Yamada, is 81 and has kept this restaurant for 50 years. He can speak English and has some non-Japanese guests, so if you have a chance to come to Tokyo, it’s worth enjoying true sushi here in Kanpachi. The photo is his autobiography titled “Making sushi with warm heart”. The restaurant is 5 minutes walk from Okacimachi station. Tel:03-3832-7357 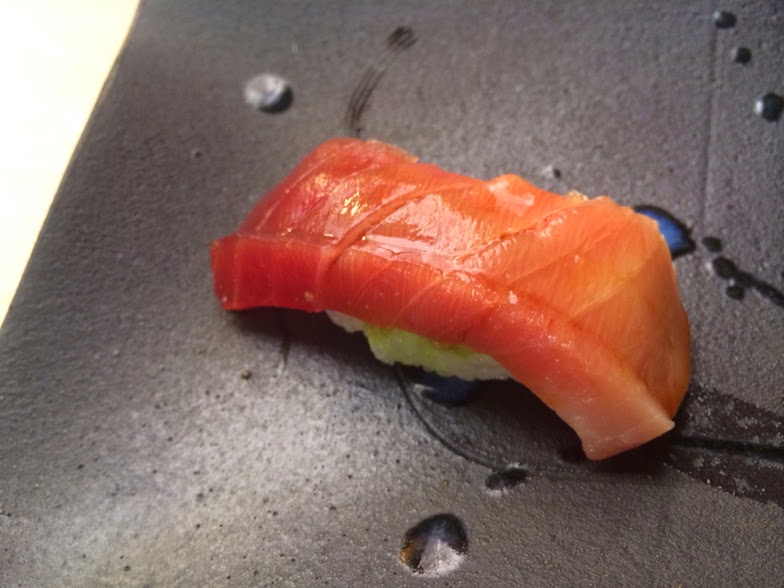 The heart of a leader

A friend of mine sent me a book “The Heart of a Leader”.

Things have changed dramatically in dentistry like every field of the world. Today, I treated a patient from UK who lost his front tooth crown. In order to fix the new all ceramic crown, I set a fiber core into the root canal with special adhesive. Then, I took a mold for the new crown. I checked the tooth color using lots of color samples to get good match against neighbouring all ceramic crowns.

20years ago, I always used metal cores. But, for aesthetic purpose and avoiding root fracture, fiber cores had been invented. Since then, I sometimes has applied them. There are several adhesive materials and I have to choose the best. Lots of information makes me confused, but fortunately, my junior doctor knows well through his dental college hospitals’ experience.

As for new dental materials, each dentist has his own thinking. I must not depend on my past knowledge and have to get appropriate information by word of mouth. Because few dental books show what up-to-date material is and what the best is.